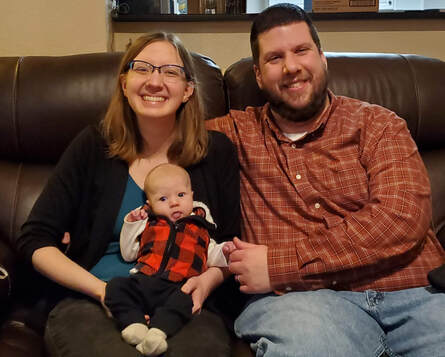 PASTOR
Reverend Paul Grossman
Beginning with the July 4th service, Pastor Paul will take over the pastoral duties of our church.  We welcome Paul and his wife, Caitlin and daughter, Sophie to Community Federated Church.

CHURCH SECRETARY
Tammy Smith
Tammy was born & raised in Casper.  She moved to Thermopolis after she married Thermopolis native, Tom Smith.  Upon her marriage she gained a daughter, Kaylee and a son, Shawn.  She also became Granny to three beautiful grandchildren, Cato, Bryson and Maci.  She enjoys photography and wildlife and one of her greatest pleasures is to go to Yellowstone National Park each year on her “Sisters Trip” with her sister, her mother and her aunt.  She loves meeting new people and is looking forward to working with and getting to know the members of Community Federated Church.  Please stop by to introduce yourself and say “hi”.  Generally, she will work Monday through Thursday from 8:00 a.m. to noon.  Any changes to this schedule will be noted in the calendar.
​ 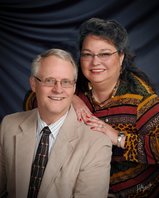 MUSIC DIRECTOR
​Reverend Ross Kershaw
​    Married to my wonderful wife, Janna, we retired from full-time ministry in the United Methodist Church in 2014 after 38 years, and moved to Thermopolis.  We have five children (Julia, Teah, Joel, Joseph and Jared), ten grandchildren, and one great grandchild on the way, We are currently remodeling our 1922 home from top to bottom.  We enjoy building together.
In full-time ministry I served as lead pastor in four churches in in Colorado in the Rocky Mountain Conference (Platteville UMC, Wray UMC, St. Paul UMC Pueblo, and First UMC Golden).  We served 14 years in Golden just prior to retirement.
Janna and I are actively involved in Marriage Encounter, a ministry to strengthen marriages.  We have presented Encounter Weekends for the last seven years.  We are the current National Executive Clergy Couple for Marriage Encounter United Methodist, with responsibilities for Marriage Encounter in the United States.
Music has always been an important part of my ministry, and now is one of my great joys.  The organ was my first instrument, taking it up when I was 10.  Some of my joys in music ministry are being the church organist, singing in the choir, directing and playing in the bell choir, singing and playing in Simple Gifts, and subbing on the piano.
Janna and I also enjoy substituting in the Hot Springs County School District as teacher and Para subs.  It is a joy for Janna and I to call Federated Community Church home. 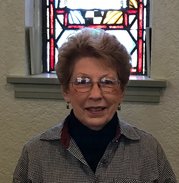 CHILDREN'S MUSIC AND BIBLE STUDY TEACHER
Ellen Maurine Creath was born in southeastern Iowa in 1935. Her siblings say she sang almost before she talked.  She attended Parsons College where she met her future husband, Clark Mortimore.  Teaching first grade for two years she and Clark then moved to his hometown in Thermopolis, WY.  Living in San Francisco for 10 months, while Clark attended the School of Mortuary Science, their first son, Michael, was born.  Son, Mark, was born in Thermopolis
She studied voice in Fairfield, IA, San Francisco, CA, and Casper, WY. In Thermopolis she gave voice lessons, voice classes and substitute taught. She presently is the owner/secretary/treasurer of Mortimore Funeral Home with her two sons assisting.
Her faith and her passion for music has been her mainstay throughout life. Ecumenical efforts through music are important to her.   In addition to musical theatre in the 60’s, 70’s and 80’s she has been the Community Church Choir Director for over 50 years. 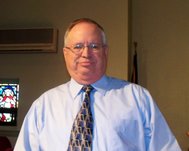 PASTOR (retired)
Reverend Chuck Cooper
Pastor Chuck was born on February 29, 1948 in Gunnison, Colorado.  He was raised in Arvada, Colorado, graduating from high school in 1966.  He graduated from Kansas Wesleyan University in 1970, and from Iliff School of Theology in 1973.
He has served the Wages, Pleasant Valley, Arvada, Center, Saguache, Bloomfield, Lamar, Worland, and Thermopolis churches.  He also served as the Wyoming District Superintendent from 2004 to 2008.
Chuck was married to Sharon Tidwell in 1974.  They have two adopted children, Holly Phillips [Jeremy], who live in Fort Collins, Colorado and Wesley Cooper. Who lives in Colorado Springs, Colorado.
Chuck retired in 2008 and moved to their retirement home in Thermopolis. He was asked serve the Federated Community Church beginning in December, 2008.  He retired from the Federated Community Church as well but remains available to fill in when the pastor is away.